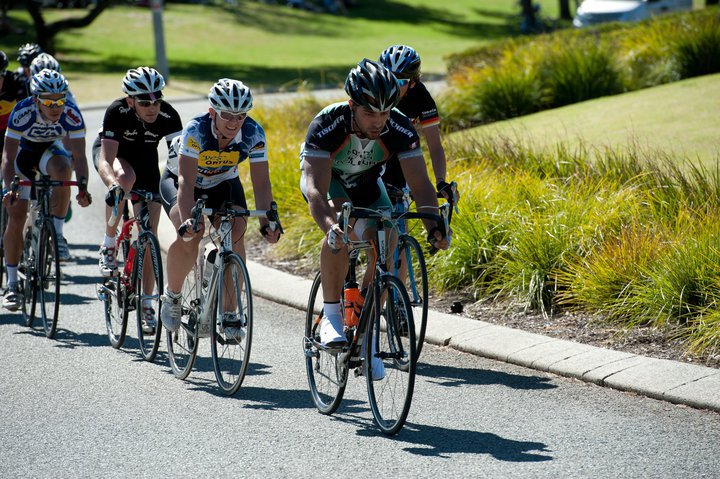 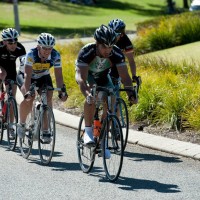 I have a need for speed.

I’ve never written anything for the blog before but having recently been hit by a car I had the opportunity to see my SPR journey flash before my eyes. Thought it would be an idea to write some defining moments down before walking towards the white light.

My SPR journey started off with no idea of what I was getting myself into. I’d always wanted a road bike but put it off so many times until finally one day I took the leap of faith.

It was the spring of 2009…. and contemplating laying down $2,500 for a pushbike was a hard thing to stomach. I walked into a random bike shop (no research, no Wiggle) said I wanted a road bike and that I had $2,500 to spend. Several minutes later I left with my trusty orange/black Orbea.

My maiden voyage was a lap around the block, in my shorts and running shoes.

Slowly progressed to 20-30km rides and eventually found myself doing 100km a week. But just like running (which I was doing previously) I was getting bored. I have a need for speed, so I thought I’d get something to make me go faster. Faster seemed to mean clip-in shoes and lycra.

…a previous lycra encounter involved a Batman suit….but I digress…..

Wearing lycra goes against several very strong traditions/instincts. And since I was living with my two younger brothers, going for a ride in lycra consisted of a mad dash from the bedroom into the living room, quickly get onto the bike and riding off before anyone saw me. I was not ready to handle the abuse and ridicule that would be dished out if I was seen. Little did I know that I would soon find myself walking through shopping centres in lycra. My how we change.

Working as a house painter I get to meet many people. Luckily enough I met Mark Schneider and his wife Louise.  They said I should join a group ride and told me about SPR. It took a few weeks of convincing (they have a big house) but I eventually made it to my first ever club ride.

It was the summer of 2010…arriving at the ride, was the first time I ever felt comfortable in lycra. So many similarly clad people. I almost felt at home. I could not see Mark, so basically had no idea of what was going on. I seemed I had two options: fast group or main group. I like fast and thought I’d probably be ok with the fast boys. But after the first rush of testosterone had past, my brain kicked in and I chose the main group. Time would prove that this was a wise decision indeed oh grasshopper.

So off we rolled. I remember going up the Stock Road hill and thinking this is f**king hard. I remember being well looked after by the SPR crew – the first person that was out there to help me was Michael Bonner. When the fast group took off all my illusions of being a fast boy were crushed, I was struggling to hold onto the main group. 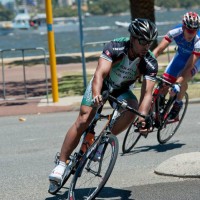 After the undulating hills of South Street we started a roll-through. I thought what the hell are these guys doing? But thought I’d join in anyway. I remember the rush you get from a fast roll-through and the realisation that you can actually go very very fast on a pushbike!!!! I was also soon to find out what extreme pain is on a bike. It is not pretty, but god I loved the speed. After finishing the ride, I remember getting off the bike and thinking that was f**king awesome. I could not wipe the grin from my face. My SPR addition/habit was formed.

I soon became educated about the importance of good coffee. I thought I knew what a coffee was, but really, I had no idea. I am now a lycra wearing, coffee snob off to find my next hit.

After talking to a few of the guys (Daryl and Gus) I discovered there were rides (ie hits) during the week and on the weekend. Within the first month I was doing 3-4 rides a week. My need for speed was growing, and then I found my next hit “spin with fynn”. Fynn turned out to be a metrosexual guy who thinks he looks pretty good in various levels of lycra 😉 But he is a funny bastard who rides extremely fast! There was also Kimbo, Johnny, Lennie, Lisa, Big Daryl, and least I forget Meghan (aka Dr Cougs).  The SPR family was growing.

The need for speed continued and I found the Track. Courtesy of Toby Brown – Mr Monster calves himself. Track is a great excuse to buy another bike. And just like a wog-boy, with cars and rims, I found out about racing wheels which soon added to the diminishing bank account that comes with the discovery of Wiggle, Ribble, PBK and Chain Reaction. Now $2,500 on a bike is not that hard to digest at all.

My good mate, Mr Davin, suggested the 5 Dams to me. Basically at this stage, I had been group riding for 4 months so, in my innocence, thought this was a great idea (ignorance really is bliss). I learnt a lot on that day.

Up to that day my longest ride had been 90km. With Davin egging me on off we went for 235km of shear pain. I could not sit on my arse for a week. The last 40km was the worst 40km ever, I could not hold 20km/hour, I was cramping, sweating from every single pore in my body. I had no idea about nutrition, shammy cream and all the other glamorous aspects of cycling that make long distance riding bearable.  But I made it! And picked up some new “go fast” tan lines for free. 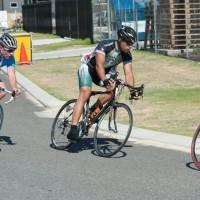 My need for speed continued so I thought I’d pin a number on. After the 5 Dams, nothing could be harder – right?! My first race was the Tom Lowry Classic. I gave it a go in C grade. This race was pretty eventful with 3 crashes: the first involved a dog running through the middle of the peleton, and the last involved a young gun overtaking me on the inside, locking handle bars and bringing me down with 2kms to go. I was adamant that I was going to finish. Straightened up the bike a bit, and managed to make it across the line. Not the ideal end to a race, but I still enjoyed it and found out the beauty of fixamol. The SPR family were on hand, including Prez Pete, Paul O, Nicole, and a beautiful red head, Lorraine who patched me up with the fixamol.

I’ve had some bad luck – tyre blow-outs, couple of falls, been hit by a car or two, but nothing is stopping the SPR addiction and my need for speed.

So now I own two bikes, 6 sets of wheels, more lycra than a ballerina academy, 4.30am is the norm and 6am is a sleep in, 400-500km a week is not unusual, and my family have acclimatised to seeing me in lycra.

Oh and I found another way that is meant to help you go faster…..all the “real” cyclists do it…I wax, some shave, but it makes my calves look big….and occasionally I lube up with a bit of oil to make them look tanned and sculpted….the journey continues 🙂

23 thoughts on “A SPR Addiction”