I”m one of these people who doesn”t like to stay put in one place too long. And so it is time for my next adventure. In about 5 weeks Jane and I will be moving to KL to experience everything that living in SE Asia has to offer.

In 2006 I returned to Perth after living in Texas for a few years and started cycling with Rob as part of my triathlon training. After a few months I convinced Rob we should start riding with a group to mix it up and keep cycling interesting, so we started cycling with “pre-SPR” in the summer of 2006/2007. This was before SPR even existed, when the only ride was a Saturday morning ride from Bike Force in South Perth. There was no such thing as a fast, main or transitional group – it was one group of 20-30 riders and you tried to hang on from the start and see how long you could stick with them.

Of course since then the formation of SPR has occurred and grown at an amazing rate. I know there has been a lot of people involved over the past few years to online slots help build this club into what it is today, but this has mostly been from the drive and dedication of Pete and Kate. I want to thank you both personally for all the hard work you have put in to allow me to ride, race, socialise and make many good friends through the SPR family.

I also want to thank everyone that I have riden and raced with over the past 5-6 years, I”ve had a fantastic time and have lots of great memories. I”ve especially enjoyed racing and I think it is amazing to see how many people are now racing with the SPR kit.

I don”t know how much cycling I”m going to be able to do in KL, from what I”ve seen and read it is not the safest city to cycle in but hopefully I”ll be able to get out on my bike out of the city from time to time. Maybe it”s time to take up running again. I”ll also be back in Perth every 1-2 months and will try to get out with the group whenever I can. 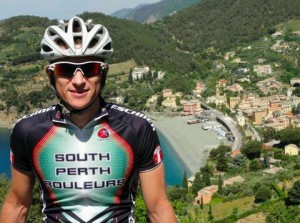 17 thoughts on “My Next Adventure”