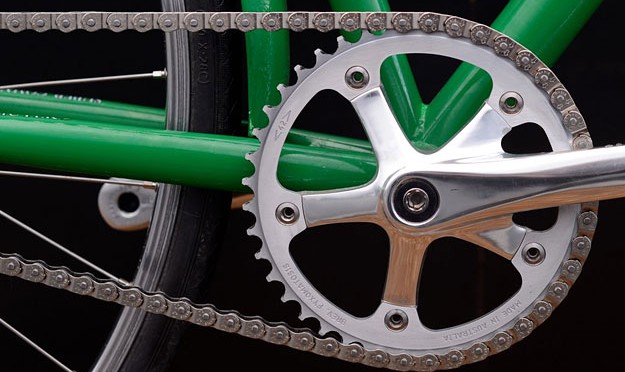 After the success of the Velo Solo Spring classic, it’s time for the next event on the Single Speed Calendar, the SSSS (Single Speed Summer Scorcher) which will be held on Saturday 6 December (7am at the Coode Street Car park).

Again, it is an event and not a race.  It is open to anyone on a single speed bike be it, a purist fixie or the modern and I feel superior free hub version.  Basically you may only have one gear.  Brakes are also optional and we don’t discriminate against those riding sans brakes.  We rode the Spring Classic as a group and we managed to safely get a roll going in places so normal group riding etiquette will apply with just some slightly bigger gaps.

The route will be the same as the Spring Classic which was a slightly modified river loop (approximately 50km where we bypass the bigger western suburbs climbs) finishing up with a coffee at the Dome.

There will also be king of the mountain points awarded at the top of the following as yet to be classified climbs:

Not wishing to leave the sprinters out there will be two intermediate sprints at the following sprint points:

The above comments aside, it isn’t a race and will not be a fast paced ride.   The Spring Classic was a good fun ride (despite the Spring Classic weather) and something a bit different to the normal Saturday group rides.  Hope to see you there.