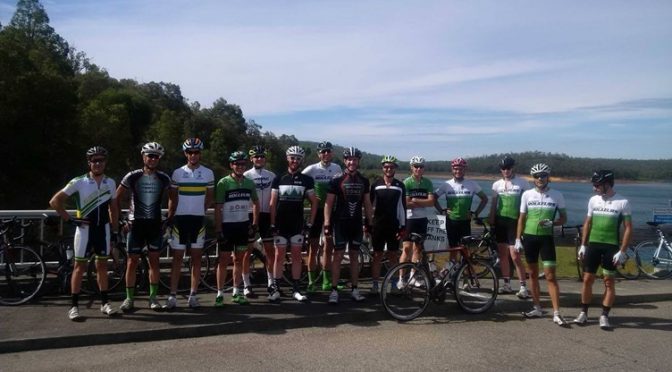 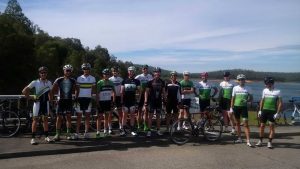 The nights have become longer, the mornings have become cooler and chocolate rabbits have been in supermarkets since December 26. This can only mean one thing – the 5th Annual SPR Vice President’s Ride is nigh. Starting at the carpark at 6 am on Good Friday, the ride has become a club tradition since its inception in 2013 and follows the old 3 dams route (i.e. not finishing at Curtin Uni). For the history buffs, it was originally organised as a 5 dams training ride with Jordan Brock, Dave Manners and myself. We were joined by a few other hardy souls and numbers have increased with each passing year.

It is ridden at a Main 1ish pace and there are re-groups at the end of climbs. It is all about an enjoyable ride in the hills, with your SPR clubmates, at a reasonable clip. Also, several riders in the past have joined us at different points, or gone home early due to other commitments, and this is encouraged if you are time poor and still want to participate.

In the past, highlights have included Jordan puncturing before the start of the ride, then expecting the ride leader to tow him back to the main group, Lenny riding about 2 km along Great Eastern Highway just to say she’d taken part and the customary blowing apart of the group on Armadale Road, despite best efforts to keep everyone together (we do regroup before the freeway bikepath).

Remember that being Good Friday, there will not be much open. We’ll stop in Pickering Brook for water only and again at Wungong Dam for water and the group photo. There is also the option of a food stop in Armadale.

Dress code – those who have them are encouraged to wear their national kits from previous UCI rides and SPR kit is suggested for all others, as it is a club ride. Mixing and matching SPR kits will be looked upon favourably – Mark DeCastro managed 4 separate kit designs last year and there may even be a prize for the person who wears the most number of different SPR kit items (and yes I know I still owe you a coffee for it, Mark). Rumour has it there may also be a surprise en route this year – something that has never been done before. You’ll have to turn up and ride to see what it is! 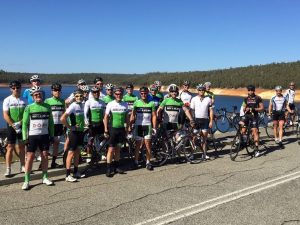 One thought on “The 5th Annual SPR Vice President’s Ride”