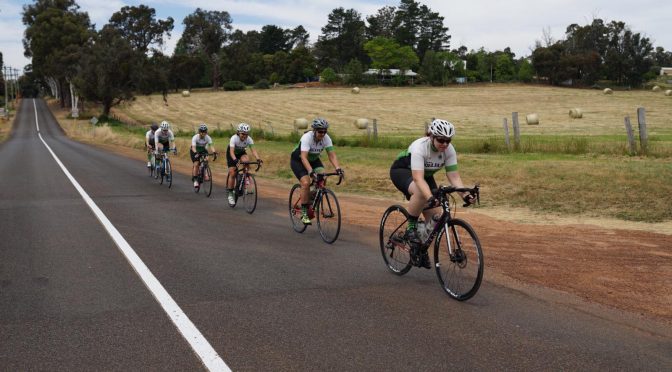 Stage 2, Kandalee Catapult – 51km and 850m climbing, from the view of Debbie Bertolatti.

It was with a certain sense of dread that Saturday 10th November dawned.

51kms of rolling hills sounds pleasant enough for those uninitiated, I was baptised by fire last year when I got to ride most of those “undulating” hills solo! I remember thinking I’ll never do that again. Just to prove my Dory like memory, I put my hand up again this year.

ToMR ‘18 I was determined to improve from last year, the weather Gods were on my side at a balmy 27degrees and as we all know no one ride is like the last.

With only 9 women’s teams and one division all female riders were off at approximately 9:38am. When we hit the first big climb 4km in, as expected the groups split into their respective strengths in other words the fast chicks were off! If you can imagine cycling through sand with the brake clamped it’s somewhere close to the sensation. A cheeky little push got me over the crest and let’s be honest – I wasn’t about to catch up with the Dome girls so it was welcomed.

So it looked as though I might be in no mans land again when I spotted a bunch in the distance. I peddled like a bat out of hell and finally caught them…relief! This stage was definitely made for the Mountain goats it was magic riding with some of the Chaotic Energy ladies and to look over my shoulder and see Captain Meegan catch the group.

A steady pace and smooth roll throughs, we were working like a well-oiled machine. After a high speed decent and a sharp left turn we hit Maranup Ford Road not sure what was worse – the amount of flies swallowed or that kicker of a climb. 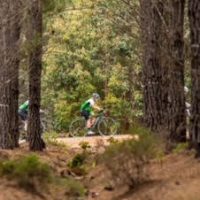 We were on the home stretch now so just had to stick with the bunch past the Mad Max scenery of the Greenbushes lithium mine, and crest the last 1km to turn into the town and sprint to the finish. Last year, that 1km felt never ending, whereas this year it flew.

This was definitely shaping up better than last year I’d stuck with a bunch, quietly enjoyed those hills and the ride. So though I’m definitely not the fastest, and I don’t have Mad Skillz, I 100% had the feelz. I could almost see why Men’s 1 rode back home…almost!