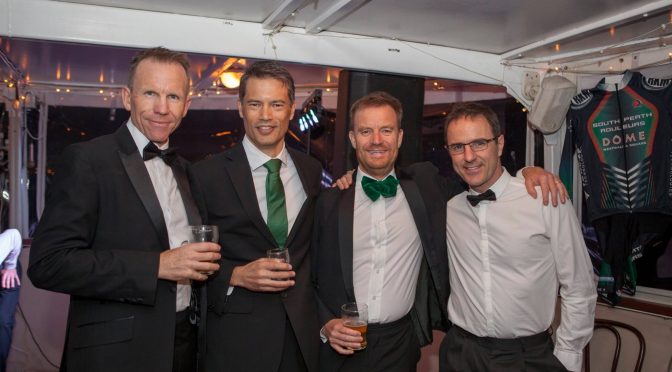 the club celebrated it’s 10th anniversary on the weekend with a special ride on saturday morning and a boat cruise in the evening.  there were a lot of familiar faces that i had not seen for a while making an appearance during the ride and there was a lot of old classic kit.  my old kit did not make an appearance as it would probably disintegrate once i hit 30km/hr.  what probably surprised me the most was whenever someone offered me “congratulations”.  the look of confusion on my face made them clarify “congratulations on the club reaching 10 years”.  why this surprised me was that especially over the past few years, i don’t see this as my club but rather our club.  once we hit an equilibrium of members and a stable committee, there was less and less that i personally needed to do.  there are many aspects of the club that we see as standard nowadays that i really didn’t have much to do with.  ride leaders, for example was a push led by rob and next weeks vp ride was organised by julian.  as we move into our second decade our biggest challenge is not to replicate the growth of the first 10 years, but maintain a culture that we can be proud of. 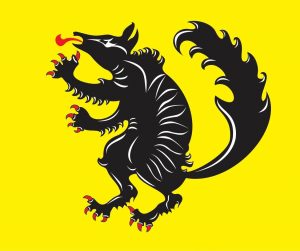 ride leader sponsor –The ride leader sponsor for april is West Australian Cyclocross WACX.  cyclocross is a cross between road and mountain biking usually held on a grass or dirt circuit. there are divisions for all abilities and a kids race before on a shortened circuit. check out any of the events coming up soon and get on down to ring a cowbell. 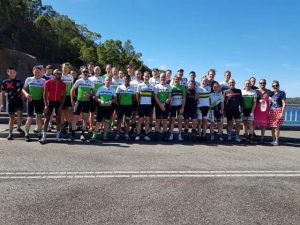 the 7th annual vice president’s good friday ride – as we do every year, good friday is the vp run 3 dams ride.  150kms of hills, so for the hardcore hills riders only.  following the old three dams route this used to be the “warmup” for those doing the 5 dams.  now, in it’s 7th year, it is more about tradition, then training.  see the previous post for further details.

junior jersey policy – In order to further encourage junior participation the Committee has resolved to offer all junior members a free club jersey!  And in recognition that juniors will keep growing, the policy allows for one jersey per year (as  long as they are a member) until 18 years of age. Please see the previous post for more details.

memberships new changes – there has been quite a big change with memberships in 2019.  cycling australia have moved to a new system to keep track of memberships and this has allowed a few new benefits as well.  firstly there are a few different types of licences. for us the two main ones are ride+ and race.  obviously if you want to race, get the race one and if you just want coverage while riding with the club, get the ride+ one.  links can be found here.  while there is a cheaper ride basic option, it won’t cover you for much if you have an accident on a club ride.  there is also a new billing system where you can elect to pay monthly instead of annually.  for those that don’t appreciate the big hit for a elite race licence, you can split this across the year.  the minimum amount is for 12 months, though, so you still have to pay even if you don’t race.  there is also a 7day race licence that replaces the 3 day licence.  this can be purchased online and will be needed for event like the tour of margs, or if you just want to try out a crit or two.  it is only $38 but i am not sure how many you are allowed to purchase over a year.  finally, for those that want to transfer clubs there are two options.  firstly, if you current licence has expired, you now have the option to select a new club when renewing.  for those that want to join or leave spr for a mid year transfer, then you need to contact cycling australia memberships directly as the clubs cannot provide this service any more.

spr juniors – last week the juniors tried something different and we went to optus stadium to do laps around the outside.  this provided a good safe environment which allowed us to teach them how to form a paceline.  15 sec on the front then peel off and head to the back.  after the first few loops they had it running smoothly.  in the future, we will rotate between kings park and the stadium with this week us heading back to the park for hill climbs.  under 10’s or over 10’s welcome with parents.

from the ride coordinator –The SPR ‘cycling season’ is in full swing. With magnificent riding conditions for our 10 year anniversary & Damns challenge behind us, focus now turns to the extra kms available on our club public holiday rides, the first of which is coming up next Friday. Before we get there though, let’s hope we enjoy some good weather over the weekend. After all, it doesn’t matter if you’re an avid cyclist or a Game of Thrones fan, we all know that “Winter is Coming”.

rides start at coode st carpark at 7:00am

ride starts at coode st carpark at 6:00am