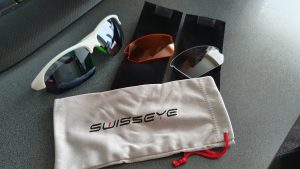 so this year for something different, we tracked the festive 500 quite closely and put up prizes for the first 2 club men and women. there were a few surprises along the way and a few last minute rides to finish off the event.

for those that are unaware, the festive 500 is a strava based challenge where you try to ride 500kms in the 8 days from xmas eve to new years eve.  less than 100k’s per day seems easy until you factor in things like xmas day (if you have kids or family commitments) or just general fatigue if you are normal.

so before we get to the final leaderboard, here are the more surprising things that happened as part of the festive 500. 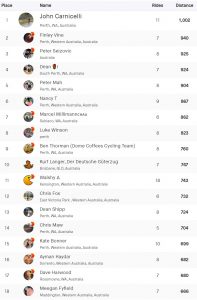 so, here are the results.  click on the picture to enlarge it but overall there were a lot of kilometres ridden in such a short period.  there has previously never been as many night owl rides in the one week, ever.

so there were prizes on the line and initially, i offered a pair of glasses for the top two men and women.  these were donated by jamie moyle and are swisseye sports sunglasses with 3 lenses. before john decided to go for an extra ride, he was tied with pete on 925kms, so i committed to giving away 3 pairs to the guys, which meant that i would give away 3 to the girls. then john leapfrogged everyone and there was no more tie. however, we will still give away a pair to the top 3 in the club for both men and women.

congratulations, to these people and well done to everyone that did the k’s this holiday break.  you may not have all won glasses, but i am sure you gained some strength and endurance if not just a very sore arse.