So, if you’re still wondering what this Zwift thing is all about, or you’re just holding out because you can’t see what the attraction is, here’s a little primer for you.

Today, at 3pm, I got to ‘ride’ with Daryl Impey, Matt Hayman (yes, the one that one Roubaix on the back of training ONLY on Zwift), Jack Bauer, Wesley Sulzberger and a bunch of others whom I’ve never heard of…but apparently ‘mates’ with these four.

Impey is stuck in isolation in Spain. He organised a group ride that anyone could join…so 400 of us did…plus his ‘mates’. 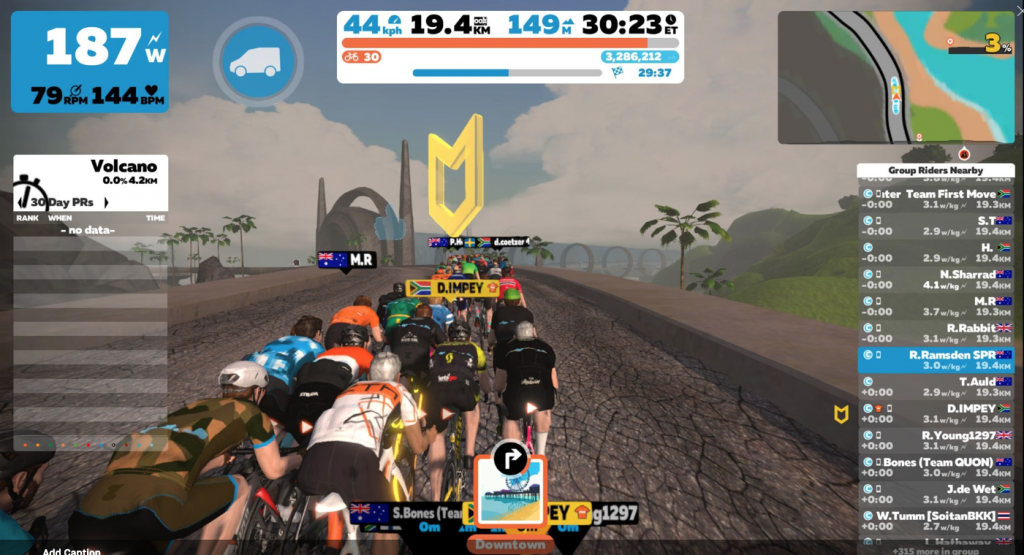 Lots of banter and good humour via the text line and we even learnt a few things about their most embarrassing moments as pro-cyclists…like Impey throwing a musette into the wheel of a team mate in his first year as a Pro!

After 58 minutes of solid riding, the boys lifted it somewhat. They organised themselves into a Mitchelton Scott train and dropped the hammer. With no way of holding those wheels, I ‘Fan Viewed’ Matt Hayman – 86rpm/165hr/468w for over 90 secs!!!

So, do yourself a favour. Ride with the Pros; they rate it. So should you.

One thought on “Riding With the Pros”