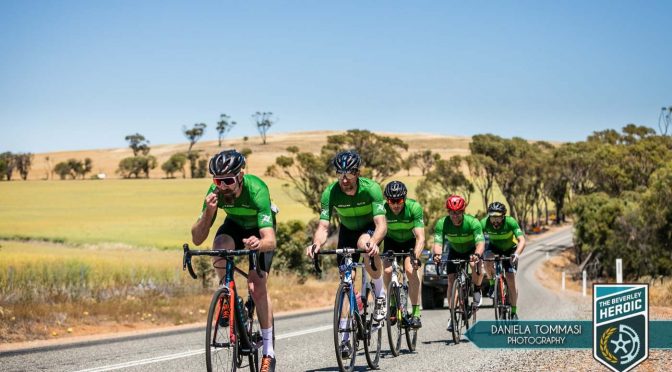 All good things come to an end. Even though a few weeks ago I wrote about the Beverley weekend no longer running, I thought it was still important to recognise what made it a successful event. Besides Toby Hodgson’s tireless efforts to turn and idea into a full cycling weekend, it was the elements that I see in this photo that epitomise the event. The stark blue skies, and dry countryside were evident for a number of years (expect the year the hailstorm hit). The rolling hills and dead roads are so typical of the area, well of most country roads really. People like Daniela Tommasi have been involved with the event for years and have captured many a great picture to act as a reminder. And finally, the green. The event would not run without the teams of volunteers that returned year after year to make it run smoothly whether it was a road race or ttt. And of course the teams themselves. Teamwork makes the dream work.

The Rules – just a reminder that it isn’t business as usual.

As we progress through WA’s phased approach to reopening, how the club interacts within itself and the wider community will also change.
Rightly or wrongly, the lack of community transmission in the state has meant that a lot of the social distancing rules have disappeared. As such we want to streamline what the requirements are from a club perspective. Basically there are 3 main things we want people to keep in mind.

SafeWA registration – As the state opens up to more interstate travelers, the risk of community spread could possibly increase. Contact tracing is an important way to contain the virus in case it finds it’s way into the community. If you want to sit down for a coffee you must register your details at that premises. There are 2 ways to do this, register on a paper form, or scan a QR code on an app.
So, how do i get the app? Download the WA Government free app – SafeWA and sign up as an individual.
– Android users click here
– Apple phone users click here
We have had it pretty good in WA so far. Lets make sure that we can open up safely.

AusCycling Memberships – As of November last year, Cycling Australia ceased to exist and AusCycling was formed to combine multiple disciplines of cycling together. To be part of the national organisation, our club has joined Auscycling and memberships and renewals are now available though it. As such we have updated the memberships page to reflect the membership types and approximate costs. There are now 4 types of licence – Lifestyle, Race off-road, Race all discipline & Non riding. On top of this there is also a Club Add-On where you can join SPR if you are a member of another club, like Peel or RCCC. This is similar to our Extraordinary membership (which still exists for other orgs) but has been formalised a bit.

EDIT: There has been a bit of confusion around the clubs relationship with Westcycle as some people have opted for a Westcycle licence and have linked to SPR as their club. Our club is affiliated with the national body which is AusCycling, but we do have a tenuous link back to the state body which is Westcycle. We are currently working out what that means for members in regards to the rights that they have within the club (voting, committee positions, etc). Until we clarify that, just be assured that your insurance is still valid and you are still free to ride with the club.

Club AGM – Keep an eye out for details of this years club AGM to be held in March. As per our constitution all committee positions are vacated and must be nominated for each year. If you feel like you would like to help with the running of the club or think you have a skill-set that the club could benefit from, then have a chat to any of the current committee to see what would be involved. Alternatively there are a number of sub-committees that operate as working groups for areas such as racing, kit or training and development. The commitment is usually a bit less than the club committee and could give you a insight into what is involved with running a club.

SPR kit – The latest run of the kit is ready to collect from R&D Speedshop or has already been mailed out to you (depending on what you selected). If you did miss out on that last order, or have realised that by the time the next order arrives the weather will be colder, then the next order closes on the 1st March. The portal is open now and more info can be found on the club kit page.

Our commitment to Core Values – We are a diverse club that made a point early on of committing to a number of core values to which we have built everything upon. These are – Safe, Inclusive, Organised & Social. It is under these values that we want all club interaction to occur, whether on the road or in cyberspace. Please read the previous post so you understand what we as a club, expect from you as members.

Saturday Start Locations – In order to facilitate any expected changes to gathering rules, the Saturday start location were modified when group riding resumed in 2020. We still want to maintain the separation between groups as much as possible and as such will continue to start the fast and main 1 on one side of the carpark with main 2-3, trannies & novice on the other. If you are new to our Saturday group rides, click on the photo to see where each group needs to congregate.

From the Ride Coordinator – I love the honest feedback you get from the conversations after the ride. After last week’s choice of ride route (hands up those who noticed the golf course 😉 ) I got the full range of responses from “it’s a great hill isn’t it” to “I hope I never see that thing again (you know who you are)! I think I’ll push my luck again this week because this one is “the quiet achiever” as far as elevation goes. Ostensibly it appears to be flat but that’s only after the half way mark. For those groups that go flat out, doesn’t really matter what you throw at them, it’s all an opportunity to go fast, hills or not. But this one gets the heart rate going in it’s second quarter with good old Stock Rd and the undulations around O’Connor. If you’ve got anything left in the tank after that, then it tests you with fast roll throughs along its namesake, Nicholson Rd and finally the Albany Hwy. Yes – it’s a favourite of mine, yes it’s South Street! Been waiting for those strong easterlies to settle before scheduling so this weekend it’s forecast for light winds. Enjoy!