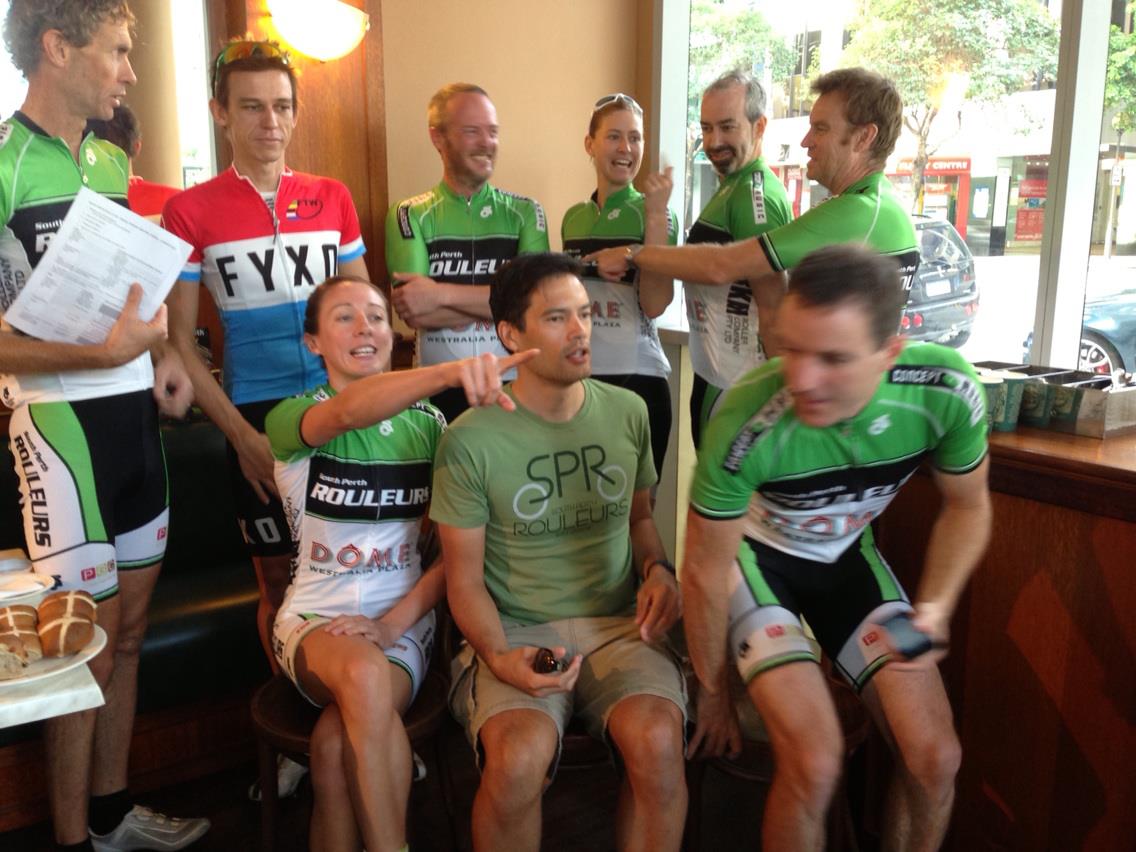 This is a photo of the 2013 committee being as dysfunctional as possible. It is the earliest photo of a committee that I could find on the website but it does show a couple of things. Firstly is consistency as there are a few members that that are still on the current committee and have been part of the journey from the early years. Secondly is that people are helping and directing things, which is exactly what the committee is about. It may often seem like things take a while to get done, but this is because we are always making sure that everyone’s interests are being taken into account. The committee is making decisions on how the club runs, looks and acts. It is important that we get a good cross-section of our membership to be involved. We are now calling for nominations for the 2021 committee so if you would like to get involved make sure you put your name forward. If you think that you are part of the club that is under-represented, make sure you get someone nominated that will be your voice. There is a state election this Saturday and regardless of whether it will be a whitewash or not, it is your chance to have a say. Our election is only a couple of weeks later and it is also your chance to influence the running of the club.

The Rules – just a reminder that it isn’t business as usual.

As we progress through WA’s phased approach to reopening, how the club interacts within itself and the wider community will also change.
Rightly or wrongly, the lack of community transmission in the state has meant that a lot of the social distancing rules have disappeared. As such we want to streamline what the requirements are from a club perspective. Basically there are 3 main things we want people to keep in mind.

SafeWA registration – As the state opens up to more interstate travelers, the risk of community spread could possibly increase. Contact tracing is an important way to contain the virus in case it finds it’s way into the community. If you want to sit down for a coffee you must register your details at that premises. There are 2 ways to do this, register on a paper form, or scan a QR code on an app.
So, how do i get the app? Download the WA Government free app – SafeWA and sign up as an individual.
– Android users click here
– Apple phone users click here
We have had it pretty good in WA so far. Lets make sure that we can open up safely.

AusCycling Memberships – As of November last year, Cycling Australia ceased to exist and AusCycling was formed to combine multiple disciplines of cycling together. To be part of the national organisation, our club has joined Auscycling and memberships and renewals are now available though it. As such we have updated the memberships page to reflect the membership types and approximate costs. There are now 4 types of licence – Lifestyle, Race off-road, Race all discipline & Non riding. On top of this there is also a Club Add-On where you can join SPR if you are a member of another club, like Peel or RCCC. This is similar to our Extraordinary membership (which still exists for other orgs) but has been formalised a bit.

EDIT: There has been a bit of confusion around the clubs relationship with Westcycle as some people have opted for a Westcycle licence and have linked to SPR as their club. Our club is affiliated with the national body which is AusCycling, but we do have a tenuous link back to the state body which is Westcycle. We are currently working out what that means for members in regards to the rights that they have within the club (voting, committee positions, etc). Until we clarify that, just be assured that your insurance is still valid and you are still free to ride with the club.

Sunday Hills Ride – As the days start to get shorter and the sun gets up later, the Sunday hills ride has now moved back to a 7am start. The weather has not been quite as hot so we can get a full hills ride in without it being too overwhelming. Also, who doesn’t want a “sleep-in” every now again.

Club AGM – We have just announced the date for this years club AGM as the 27th March. As per our constitution all committee positions are vacated and must be nominated for each year. If you feel like you would like to help with the running of the club or think you have a skill-set that the club could benefit from, then have a chat to any of the current committee to see what would be involved.
Similar to last years Covid restricted voting, we will again hold our voting via an online platform. This allows all members the opportunity to cast their vote during the week leading up to the AGM. The new committee is then announced as one of the first orders of business at the start of the official AGM on the day.
Alternatively there are a number of sub-committees that operate as working groups for areas such as racing, kit or training and development. The commitment is usually a bit less than the club committee and could give you a insight into what is involved with running a club.
Check out the previous post for more info, but you can send your nominations through to the club admin email address.

Change to the Constitution – The change to peak body of cycling last year has meant that we also need to update our constitution. Not necessarily because it was written so specifically, but more updating certain language and affiliations. Changes to the club constitution must be passed at a club meeting and the AGM is a convenient time to get the members to act on this. There is a long, detailed post that Ballam has put together to outline the changes, but simply it has to do with how we define a member and payment terms. It is nothing too stressful, but if you have any questions, please send them through to the club admin email address and we can answer them before the AGM.

Renae’s Race & Henk Vogel Snr Memorial – Entries close at midnight tonight for one of the biggest criteriums of the season. Both races celebrate the life of people that made in impact on cycling in Perth. Similar to last year, the premier women’s race is sponsored by club/committee member Teneal Attard through her Chaotic Energy gym. Run by RCCC these races will be held on a closed course at the Driver Risk Management Centre at the airport. There is already a big contingent of SPR riders entered and the tent and van will also be onsite for support. Check out the entryboss page but remember, you only have a few hours left to get involved.

Thursday Group 3 & 4 – The last few weeks we have been formalising and supporting the group 3 and 4 rides on Thursday. SPR Thursday has a reputation of being a hard and fast ride and the size of the first group today was a good indication of it’s popularity. However, we also want to provide an opportunity for people to develop and progress through the ranks, so to speak. As such the group 3 and 4 rides on Thursday now have ride leaders assigned to them to help guide people. The expected average speeds for the groups are 34k/hr and 30 k/hr or less average, respectively, so you can make a call as to which will suit you best. Organically developing rides to provide for what the needs of the group is what has contributed to the growth of the club. This is just another step along that path.

Our commitment to Core Values – We are a diverse club that made a point early on of committing to a number of core values to which we have built everything upon. These are – Safe, Inclusive, Organised & Social. It is under these values that we want all club interaction to occur, whether on the road or in cyberspace. Please read the previous post so you understand what we as a club, expect from you as members.

Saturday Start Locations – In order to facilitate any expected changes to gathering rules, the Saturday start location were modified when group riding resumed in 2020. We still want to maintain the separation between groups as much as possible and as such will continue to start the fast and main 1 on one side of the carpark with main 2-3, trannies & novice on the other. If you are new to our Saturday group rides, click on the photo to see where each group needs to congregate.

From the Ride Coordinator – So if you’ve been riding in Perth at all over the last 10 days, chances are that you’ve noticed a bit of moisture in the air. Conditions like this can be so deceiving that you don’t drink enough but lose plenty! Argh! Who would have thought a few weeks ago that we would miss those dry easterlies. (Got me thinking as a cyclist are we ever completely happy with conditions) 😊
Well thankfully it appears we are in for a change back to the dryer conditions for our Saturday and Sunday rides this week.
Whilst we are taking about Sunday Hills rides, feedback from the riders on the slower hills ride last weekend was really positive and numbers were good. So if the humidity was a factor in you not trying it out last weekend, this weekend should be a lot better. We are hoping that this ride becomes a “regular” during the coming months and that relies on the numbers showing up from a safety point of view. So if you are thinking of it, the plan is for it to be on again this weekend.
Whatever riding you choose to do, make it a safe and enjoyable one!