here are a few pics from today’s ride.  not that many dress-ups in the 2nd half of main 1, but a few good pics anyway.

if you rode behind me today, then there is a very good chance that i have a shot of you.  let me know if you want a good full size pic. 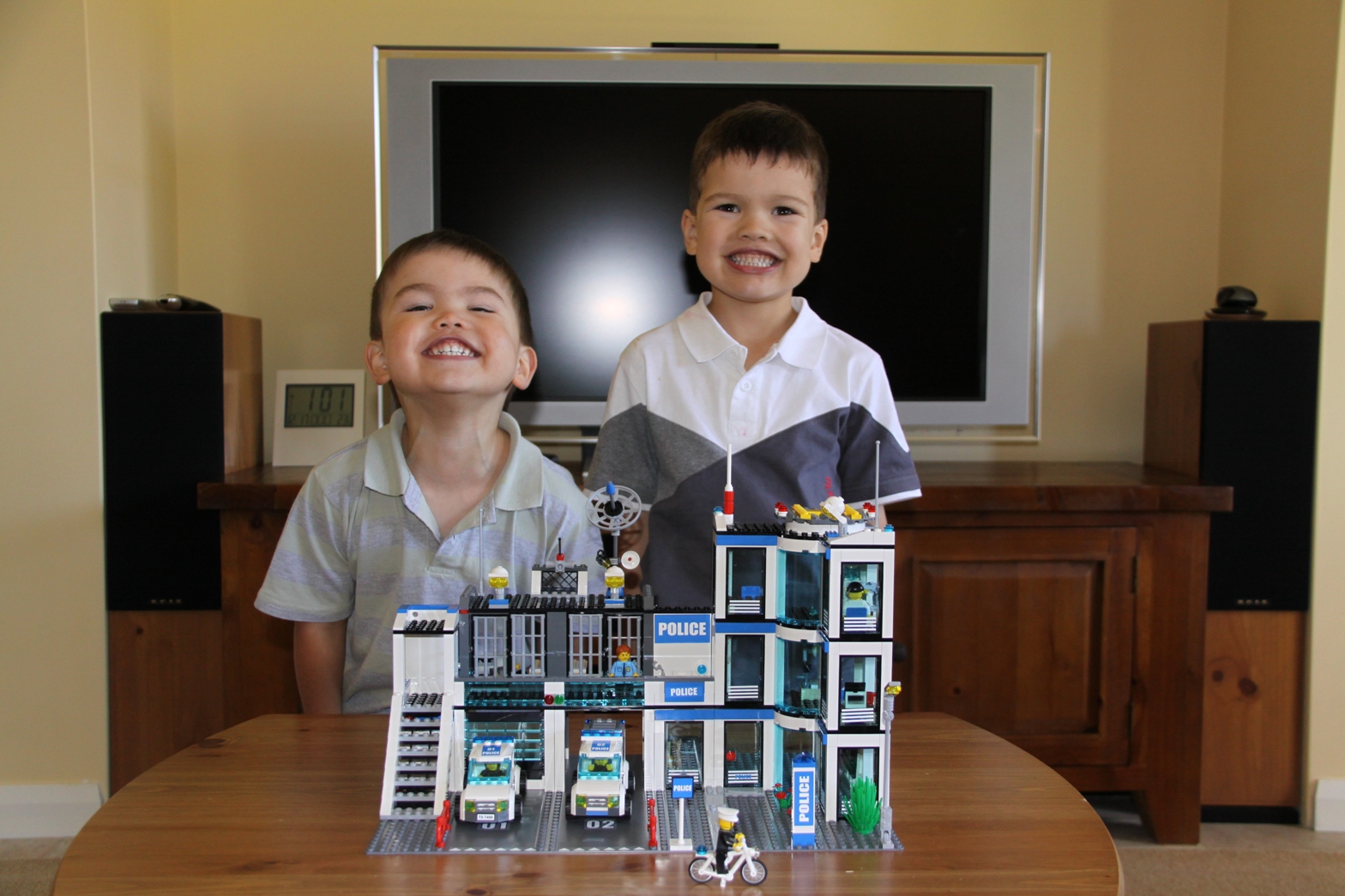 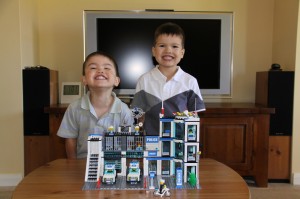 so our 2011 christmas breakfast is over once again.  these events are run to show that our club is not just about riding but also about the relationships you build with other club members.

it is also a time to thanks a few people for their efforts during the year.  a number of awards were given out this year to various members and they included –

also a big thanks to toby and leo at DOME for putting on the breakfast and providing a venue that could actually cater for us now.  the growth of the club has meant that my house in no longer close to big enough to house everyone.

a thank you also to the club itself for it generous gifts to me and the boys.  i did end up spending most of saturday afternoon building the lego police station, complete with robbers, police dogs and even a police bicycle.  the helmet cam has also come in handy already.  this new version has a slo-mo setting so i used it to capture the finishline video at the crits today.  have a look once i get the post up.

thanks again, for making 2011 another sucessful year for spr, and we can see what more we can do next year. 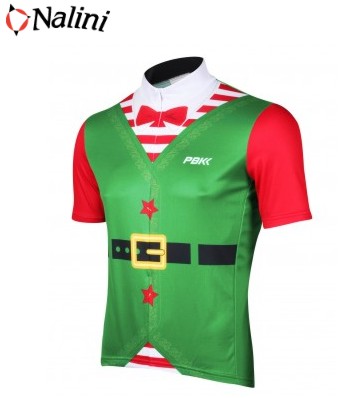 with christmas fast approaching i have been starting to think about the christmas ride that we usually do on the last saturday before christmas.  this year that is christmas eve so hopefully there will still be people around.  if you haven’t been riding with us long, you may not be aware that this ride is a bit of a fun event with people dressing up and decorating their bikes.  the last few years this has meant half a santa suit for me, but exercise, a cheap felt dress up and a 40 degree day do not make a good combination.

luckily pbk have come to the rescue this year.  they currently have a number of santa and elf jerseys available for just such an occasion.  for those of you that need another jersey that only sees the light of day once a year, then for a bit over $40 this is for you.  i think that a whole swath of santa’s or elf’s riding down st george terrace on christmas eve would be a sight to behold.

the santa jersey and elf jerseys can be found with these links.

it was the morning of the christmas breakfast and we had a substantial turnout at the carpark come 7am.  i relayed the news that young sam that occasionally comes out on the sunday hills ride had been in a bike accident and is laid up with a broken back.  he was on the bike path and had a head on with another bike while going through a tunnel.  it highlights the risks that we face that even on a bike path, you need to be aware of your surroundings and to ride to conditions.  legally you can only ride single file on a bike path so that plus the other unpredictable users mean that we avoid them as much as possible.

our route today would need to finish at jerry’s house in city beach so we made the group head south east first to find some extra kms.  skirting between curtain uni and technology park we headed back to the city via shepperton road.  i made the comment that it seems strange not attacking or chasing on this stretch of road as it is usually our last run into home.  we took the scenic route along riverside drive and mounts bay road before heading up thomas rd past kings park.  the main group continued along to reach scarborough beach rd while the fast group took a detour into the park.

a navigational error by the front guys meant that the first half of the group missed the turn to cardiac hill and had to double back.  some continued on to skip the hill and met up with us at the top.  as the group split quite near me, i managed to start the hill at the front and set the pace to the top.  there were a couple on my wheel but near the top i think that it was just jason keeping up.  the fast boys who missed the turn were coming up fast and brendan came past us just as the gradient softened.  a number of others soon overtook us in pursuit of brendan and jason managed to jump on the wheel.  i had spend a lot of my energy early so just rolled to the top.

we travelled back through the park and came out on saw ave which allowed us to get back onto thomas rd.  the pace was not high, but quite solid as we took off in pursuit of the main group.  i was fully expecting to catch them before we reached scarbs rd but they were nowhere to be seen.

i made the call to skip ewen st as we were already motoring along in pursuit and the hill was going to be there just to slow the fast group if we had managed to join back together.  the rolling hills did their job and there were many attacks on each pinch.  we picked up a couple of the main group, or should say past them by as the pace did not slow till we reached west coast hwy.

once we got there, the main group was waiting for the riders they had dropped so after a short time we were all back together.  there were some reports of some of the fast group making it back onto the main group and then taking ewen st.  i am assuming that they were the ones that skipped cardiac hill in kings park.

the group then cruised down westcoast hwy to city beach where we were to stop for our breakfast.  a few found the pace a little high for the final run so a couple of splinter groups formed up.  i was helping a couple along when we got split at the lights so came in a couple of minutes after the main group.  thankfully there was standing on the corner of jerry’s street so that we knew when to turn.

once dismounted it was quickly up to the tables of food that lorraine and the girls had prepared for us.  sharon was taking the money and giving out raffle tickets and it was good to see her out again.  it was very obvious why she was not on the bike today with less than 5 weeks to she is having a baby.

we had our raffle prize draw, but unfortunately the prizes had not made it from pbk in time so the winners received a picture of what they will get…eventually.  there were also a few gifts given out to recognise the effort that certain people have made throughout the last year.  carol for running the novice group, russell and nev for taking on the main group, julian for organising the sunday ride when i have not been available, kimbo for helping us get some club equipment and for going out of his way to welcome new riders and lorraine for consistently going above and beyond to promote the club and the community that we want to harbour.  i really appreciate the work that a lot of people have put into the club and to keep it growing.  last year at the christmas breakfast, we were just a group that did a few rides.  now one year on, we are an affiliated club, have a healthy membership and organise five training sessions per week.

i received the biggest, heaviest hamper that i have ever seen.  i am sure that the christmas hamper people don’t do a bike related hamper, but this one certainly ticked all the boxes.  i thank everyone that contributed to that.  i do appreciate the thought.  there were many useful things in the hamper so it should keep me going for a while.  ben also looked pretty cool in the capo cycling cap.  i also appreciate the kind words from lorraine and mark and also kate.

a massive thanks to jerry and tanya for letting us use their house and sorry about the pool.  i think that we can rename the jacobs brothers to the “abdominal brothers” as opposed to the “umbilical brothers”.  once one was in the pool, it seemed to be a contest to see who had the best abs.  unfortunately it also eventuated in a number of us seeing ryan’s bum after jonny grabbed to bibs part of his knicks.

so thank you all for a great year, and i look forward to growing the club with you in the future.